On January 25, Trevolta returns to the Butler Art Center for the second of four shows through the winter. We will headline the Saturday Night Special at the Butler Art Center with three other bands joining us for an awesome night of Rock ‘n Roll! If you missed the first show, make sure you get yourself and some friends to this one!

The guests will include Commissioner, The Cryptids and Better Think Twice. Trevolta will hit the stage to finish out the night with their hard-edged Rock ‘n Roll sound! You will never get this much great entertainment for such a small price: $3.00 cover charge, pay at the door.

Trevolta T-shirts will also be available for $15. You need one of these if you want to impress your friends with our killer logo.

Doors open up at 5pm with the first band starting at 6pm sharp. Show up at the Butler Art Center, 344 South Main St., Butler PA. See you there! 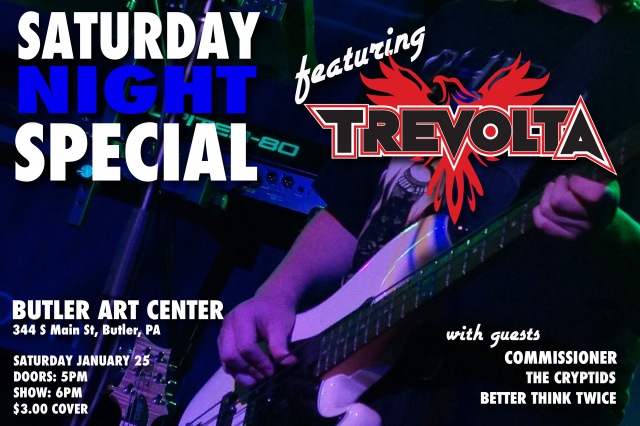 Boston’s spaceship guitars flew boldly onto the Rock & Roll music scene with their debut album selling almost a half million copies in just a few weeks after its release in August of 1976. In the forty-plus years since then, the album has sold over 17 million copies, a remarkable testimony to the staying power of the classic rock sound that defined the Seventies. It had to be a musical masterpiece, given the number of amazing albums that were adorning the rock and roll landscape at the time. There was no room on the national airwaves or household turntables for anything mediocre. Artists were producing legendary albums like Hotel California, Leftoverture, Fly Like an Eagle and Destroyer. If a band’s music was less than awesome, it was going to be shot down in flames immediately. Boston’s debut album, however, soared to the heights.

The album cover instantly propels your mind into an other-wordly existence, matching the musical themes emanating from those deep vinyl grooves. Great album art should kick start the musical emotions and listening expectations. Before the needle ever touches the surface of the record, the listener has already begun his journey of imagination as the record slides out of the sleeve. Album art does that! Digital downloading is convenient, but it has robbed the listener of the musical foreplay necessary to fully enjoy the entire experience of the album. The visual and the auditory combine in the perfect measure with this Boston album, taking us to another place. Where are you going in your mind when you see this album cover?  What place will you visit as you hear the message in the songs? Tom Scholz, the band’s guitarist and songwriter, in his own words about the song, More Than a Feeling: “It’s a piece of music that really takes me to someplace else when I listen to it. Which is my criteria for whether a recording I come up with is worthy of going on a Boston album. I shut my eyes and I play it at the end of a long day in the studio. If I still enjoy it, and it takes me some place else, and I forget about all that I had to go through that day, then it’s a winner. “More than a Feeling” did that for me.”

The cover was designed by prolific graphic artist Paula Scher and illustrated by Roger Huyssen. Scholz  wanted a guitar on the cover, but Scher thought a guitar would be ‘too cliche’. She and the Epic Records product manager compromised with a guitar-shaped space ship. “The first space ship cover idea we showed Scholz had a Boston invasion of the planet, but Scholz said that space ships should be saving the planet, not attacking. So we came up with the Earth-blowing-up idea“, she said.

The opening lines of the first song, More Than a Feeling, set the tone for the whole album.

The exploding earth on the cover suggests we’re living in a shattered world. But the 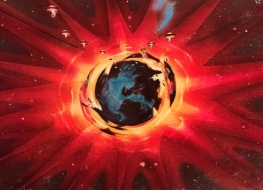 music tells us there is a somewhere we can go to slip away. The crisp guitar of Tom Scholz combined with the unmistakable voice of lead singer Brad Delp takes the imagination on a contemplative journey. Who is Marianne? Yes, indeed we all know her and she’s different to all of us. Did she love us? Why did she leave? Where is she now? Our minds slip into the past as we ‘hear that old song they used to play’.

The key to unlocking the meaning of a story lies in discerning the author’s original intent. Music is often very difficult to interpret because we usually don’t know the writer’s thoughts unless they have told us. One main purpose of music is to provoke emotions in the listener, be it anger, sadness, joy, love, or peace. If we interpret a musical piece the same way as someone else (even the writer), then the piece isn’t emotive enough in its presentation. My Marianne is not Brad Delp’s Marianne or Tom Scholz’s Marianne or your Marianne. 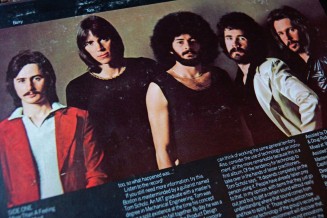 Foreplay/Longtime are two songs meant to be played together. The instrumental interlude bursts into a rock and roll anthem that pleased every listening ear. It climbed the charts and peaked at #22 in February 1977. This has been one of Boston’s most popular songs, along with Rock and Roll Band, Smokin’ and Peace of Mind, which are still played on radio stations and streaming music services everywhere. Hitch a Ride and Something About You also made it to the airwaves, and even though they are lesser known, that doesn’t mean they were ‘filler’ songs. There is no filler on this record. If anything, the album is way too short with only eight songs totaling under 40 minutes.

Everything about Boston’s debut album is the epitome of the classic rock era: the mustaches, the hair, the wide lapels, the massive guitar sound, the catchy lyrics. The songs never get old no matter how many times they’re played. Every poetic verse releases more of our imagination. Every drum beat makes our heart pound. And every note of the guitar gives us chills. It is all part of journey that takes us to that other place. Even Marianne had to slip away. This album entices us to climb aboard and fly away from the cares of this world, even if it’s just for a few moments.

We are pleased to announce that Trevolta will be participating in the January Jam 2020 benefit event hosted by Fostering Music. This will be held on Saturday, January 18, starting at 3:00pm at the Inn at Lenape Heights.

A bunch of great bands will be there for a fantastic afternoon and evening of amazing entertainment to help provide musical instruments and lessons for kids in the foster care system.  It’s only $10.00 per person, or $75.00 for a table of 8.

Come on out to Ford City to hear all the bands, knowing that you’re helping a worthy cause! Check out our Events page for address/directions.

We had a very busy year in 2019! Here’s a list of five of our favorite events:

From Austin, Jason and Jesse – Have a Merry Christmas and a Happy New Year!! 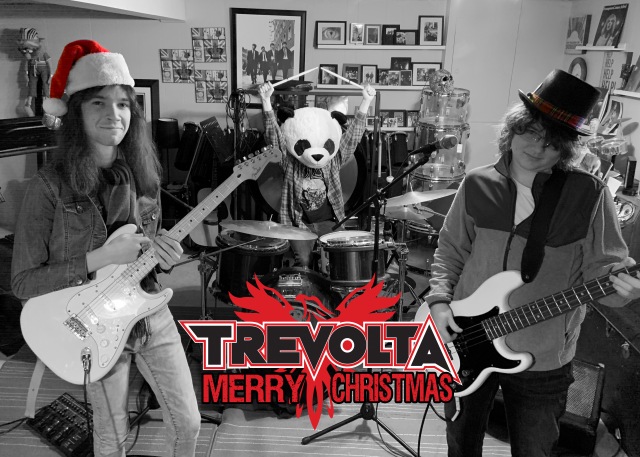 We’re extremely happy to announce that Trevolta has been selected to perform in the 24th Annual Tri-C High School Rock Off at the Rock & Roll Hall of Fame in Cleveland, Ohio!

The competition is scheduled for several rounds which take place every Saturday in February 2020. Our slot is in the first round on February 1.

The winner will receive $1000 along with whole bunch of other great prizes, including studio time, discounted/free music distribution, T-Shirts, etc. The winner’s school music program gets another $250.

Advanced tickets are $10.  Contact Sean to get yours now!

We are super excited to announce a series of shows that we will host in Butler through the winter! Trevolta will headline the Saturday Night Special at the Butler Art Center on the last Saturday of December, January, February and March. Three other bands will join us for some awesome nights of Rock ‘n Roll music! You do NOT want to miss any of these shows.

The guests on opening night on December 28th include The Shed Band, End of Thought and Better Think Twice. Trevolta will storm the stage to finish out the night with their ear-splitting Rock sound! You will never get this much great entertainment for such a small price: $3.00 cover charge on the 28th, pay at the door.

Doors open up at 5pm each night with the first band pounding out their music at 6pm. Show up at the Butler Art Center, 344 South Main St., Butler PA. See you there!

It’s not often when you come face to face with a Rock & Roll legend. But today was such a day as Jesse was able to meet one of his musical heroes at the Waterfront in Homestead, PA.

Geddy Lee, the frontman and bassist for the prog rock band Rush, was signing autographs at the Barnes and Noble bookstore as he was promoting his book, The Big Beautiful Book of Basses. 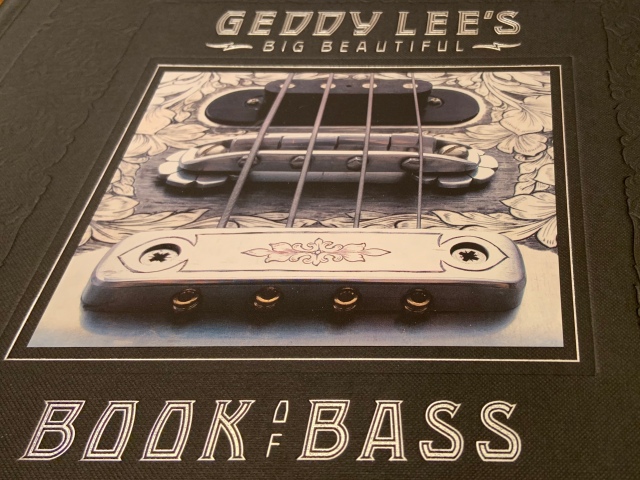 He spent a moment with each fan engaging each one as if they were the only ones in the room. He was friendly and thanked us for coming out for the event. Although the meeting was brief, it definitely ranks up there as one of the highlights of the year! 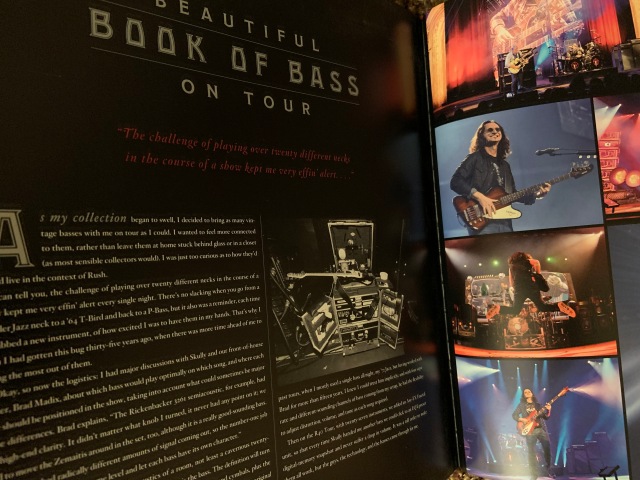 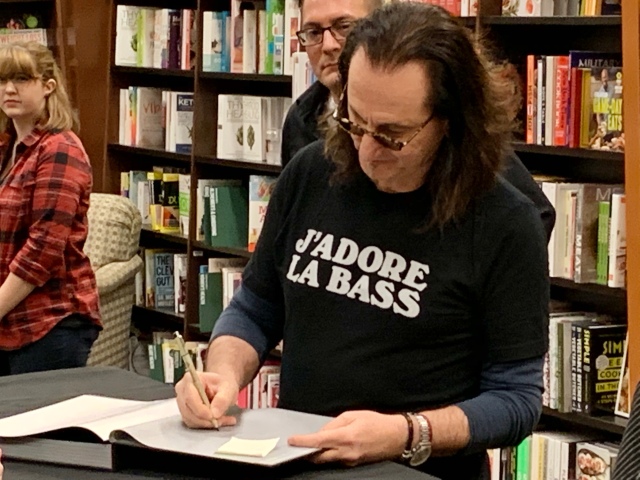 We’d like to express our thanks today for all the support from everyone this past year! Trevolta had a huge year. We had a ton of shows in Pittsburgh, Millvale, Wexford, Butler, Grove City, Evans City and Tarentum, just to name a few. We rocked Jergel’s Rhythm Grill and Hard Rock Cafe. We spent some time in the recording studio in Dormont – which was a total BLAST! 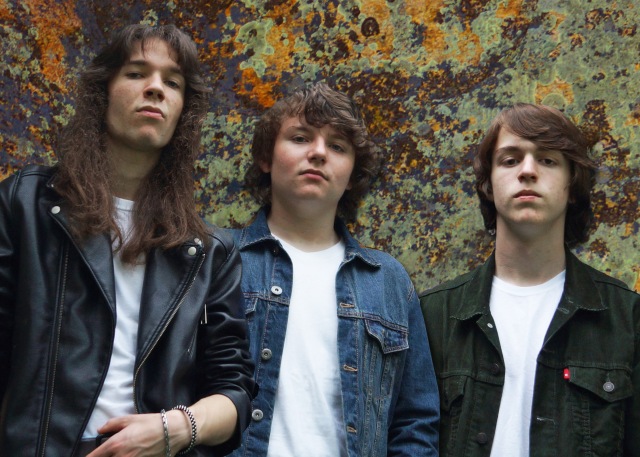 There were huge opportunities all year long and we had such a great time. Special thanks to our friend Matt Muckle who mentored us along the way. Matty Vaughan at Hollywood Studios of Pittsburgh very patiently worked with us as we recorded our EP, which is due out soon! A big thank you to Darren Miller for designing our SUPER AMAZING logo!

We are super thankful for all the fans who came to our shows. And super grateful for Matt, Matty and Darren for EVERYTHING!

We are so excited to debut our new band logo today! Many thanks to our amazing and talented friend Darren Miller. He is an awesome musician AND graphic designer. He heard us as we described what we needed: how the logo had to match who we are as a band and how it had to visually reflect the music we produce.  We wanted the imagery and the font to stand the test of time.  He took our ideas and created exactly what we were looking for. We couldn’t be happier with the way it represents our band and our musical vision.

The release of our EP is delayed due to the Covid-19 lockdown. We will have updates very soon! 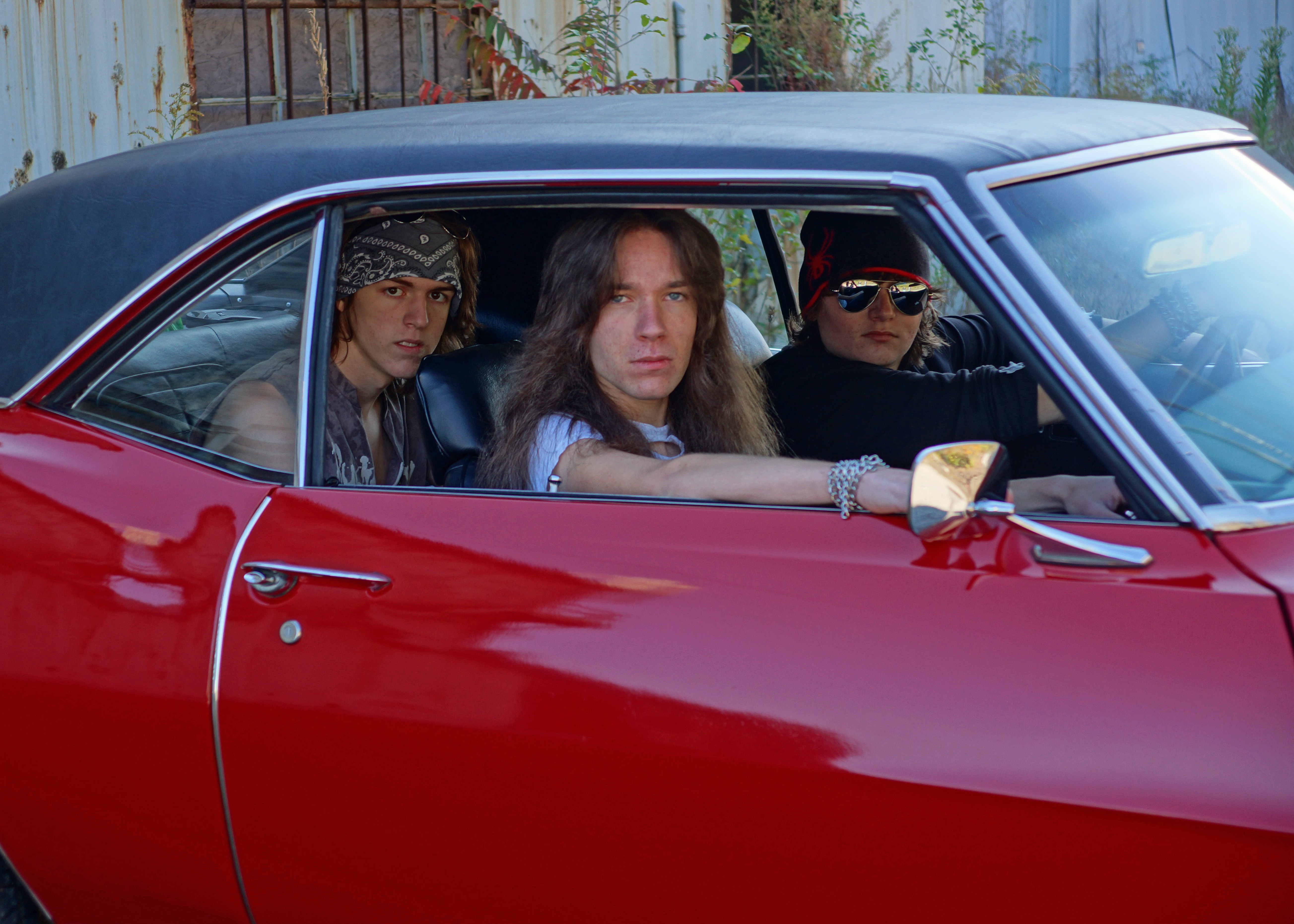